Long weekend on the island of Korčula 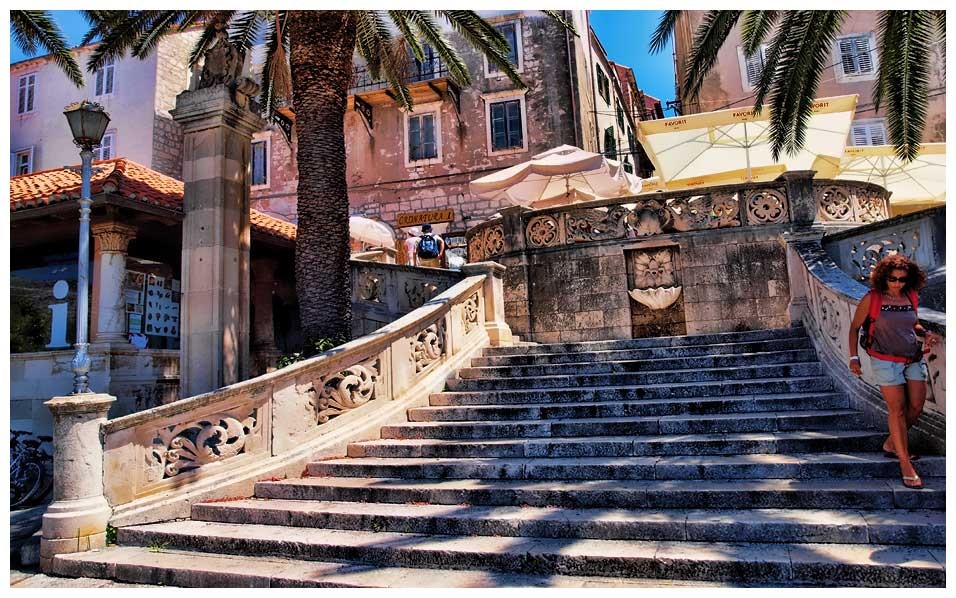 Hospitable owners of guesthouses, stunning views, sun and beach – those are the charms of southern Dalmatia. All of this can be found on the beautiful island of Korčula.

Long weekend’s getting closer and it's time to decide where to spend it this year. Maybe do some barbecue with friends, or maybe go on a short trip abroad with family? If you tend more towards the second option, one of the good ideas worth considering is a trip to Croatia, on the island of Korčula.

A walk in the clouds

Keanu Reeves fans certainly remember the movie "A Walk in the Clouds" from 1995. This romantic production was filmed in California vineyards, wrapped in a milk duvet of fog (hence the title). However, there’s no need to go to Pasadena to be able to walk in the clouds - literally and metaphorically. On the European continent, right in Croatia, you can find the passes stretched above the clouds. There, driving provides amazing experiences, and the farther you go, the more beautiful views you encounter. When you drive down the serpentines winding around the mountains, in front of your eyes extends the magnitude of azure water of interlaced with small, charming islands.

Korčula is easily accessible by a ferry (you can get on it with your vehicle). You can choose from several options – there’s a course from Drveniki or Orebić to the town of Korčula, as well as the course from Rijeka or Split to Vela Luka. The ferry line connects the island also with Dubrovnik.

The island of Marco Polo

All the towns of Korcula are worth visiting at least when passing through them. Because of its beauty, atmosphere and picturesqueness, the island is called Little Dubrovnik, and the hospitality of its inhabitants has long been known. On the touristic forums you can find information about frequent treats, inviting for family gatherings and sharing of liquors. And you should know that the local wine is exquisite.

A resort of the same name is the heart of Korčula. It's beautiful, historic and extremely noisy, and sometimes the season also terribly crowded. The Old Town, surrounded by defensive walls with its shape resembles a fish skeleton (from the main street, which is the "backbone" of the district, branch smaller, narrow streets). They were designed to protect the residents from excessive sun and wind, which can be exceptionally strong.

One of the main attractions of the resort is undoubtedly the Cathedral of St. Mark, as well as palaces – Arneri, built in the Venetian Gothic style, tempting with a beautiful Renaissance garden, and Gabrielis, which now houses the Municipal Museum. Both are located in the immediate vicinity of the stately cathedral. Equally noteworthy is the sixteenth-century town hall, the Ducal Palace standing next to it, and the Marco Polo’s home - building considered the birthplace of the famous explorer.

People, who want to spend their vacation on the island, but are more interested in campsites than hotels, will be really satisfied. As for such a small island, Korčula offers numerous of accommodation options, among which there are several campsites. At a distance of about 3 km from the old town of Korčula, there’s a large Camp Kalac (600 places). It’s hidden in the shade of olive trees and pines, and guests can easily rent a deckchair or parasol, as well as a motorboat or canoe. They can also learn how to swim, snorkel or windsurf. An overnight stay in motorhome costs about 6 euros, depending on the season.

A little less, because 4 euros a day, we’ll pay at Camp Mindel, located approximately 5 km west of Vela Luka. Place for motorhome costs 6 euros/day. It’s located about 17 km from the town of Korčula (easy route number 118). It’s full of olive and almond trees, and besides, you can go jogging, play tennis or use the bowling alley there.

Long weekend on the Croatian island sounds like a dream.