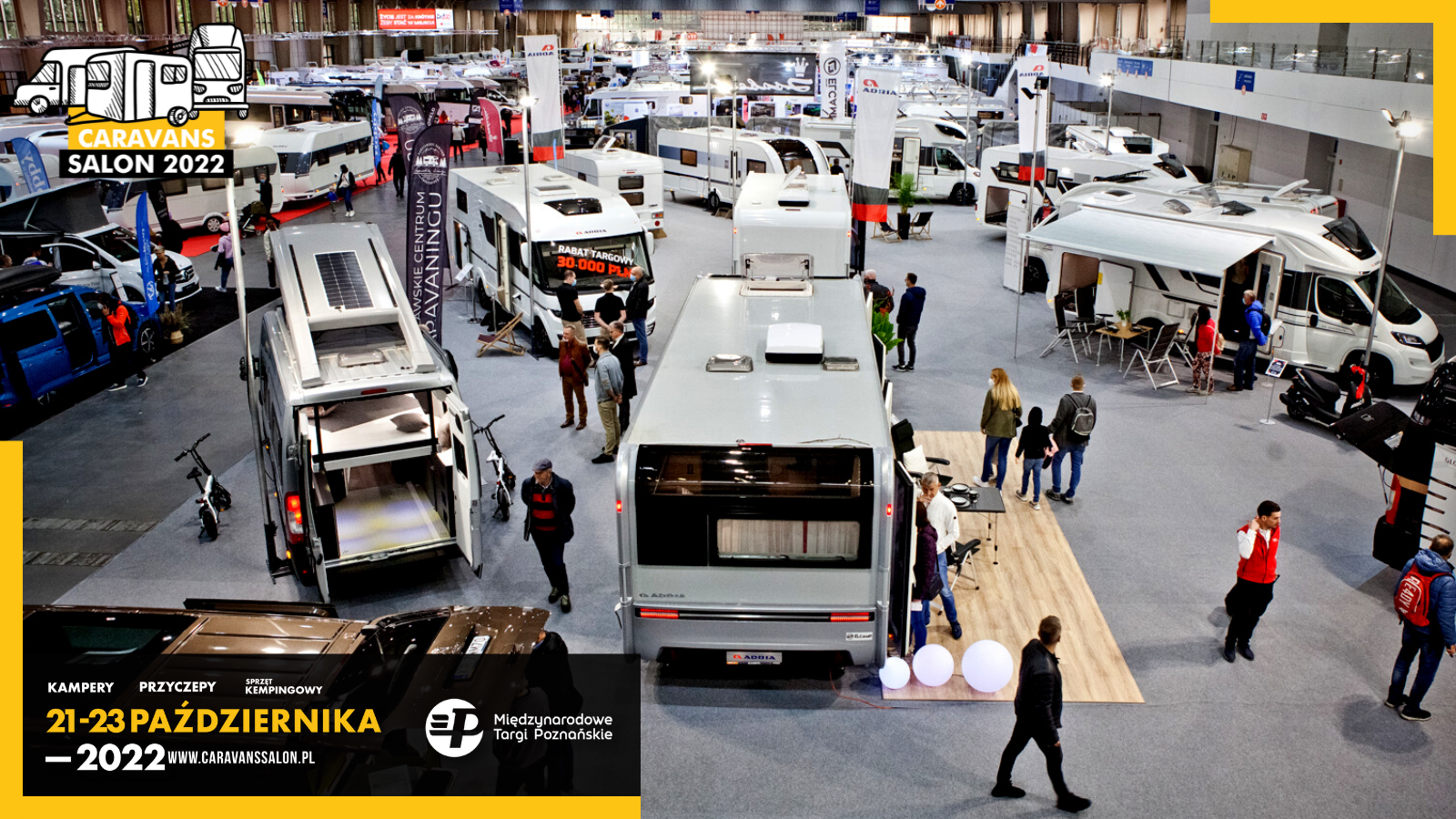 The 5th edition of the caravanning fair in Poznań promises to be very interesting and the organizers' plans are impressive. Five exhibition pavilions, almost 40,000 m2 of exhibition space available to exhibitors, a larger rally and two accompanying events. From 21 to 23 October, the largest fair event devoted to caravanning tourism in many years has a chance to take place.

The fifth edition of the fair is marked by records 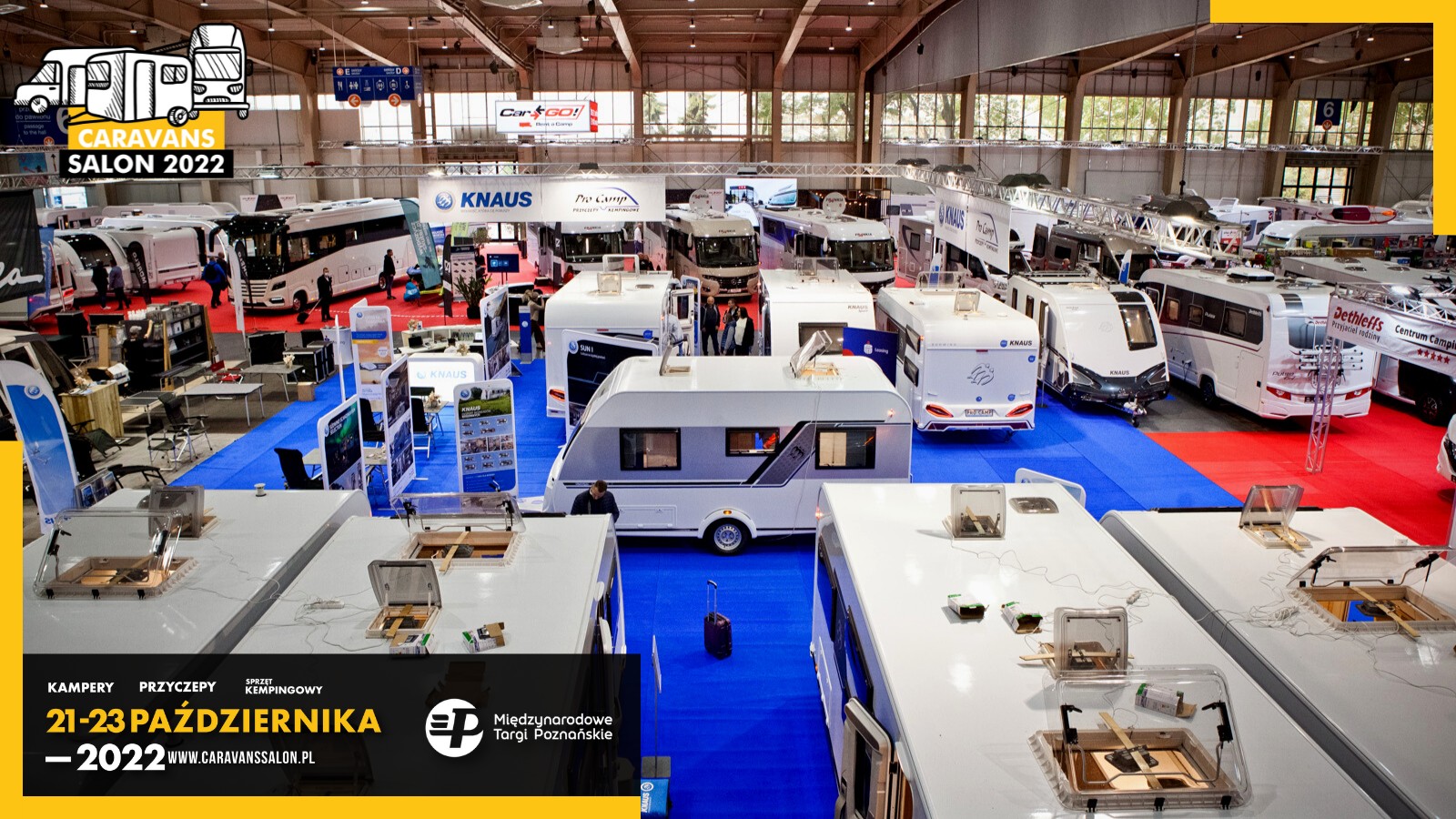 The organizers of Caravans Salon Poland in Poznań - Grupa MTP, have a clear plan: to create a comprehensive, large and attractive fair event for caravanning and tourism fans, so that the autumn visit to the Poznań International Fair is a must-see in the calendar of every motorhome and travel fan on their own terms. .

"Carvans Salon Poland is for us a basic element in building the caravanning industry by Grupa MTP. We have been operating on this market since 2012, when we prepared the first edition of the caravanning salon during the Poznań Motor Show. For ten years we have also organized several rallies and four editions of the Caravans Salon Poland fair. Especially the last two years have shown that caravanning has great potential in Poland and that the fair is the best opportunity to learn about what the industry has to offer. The more we expect that the 5th edition will show how the market is growing, which is why this year we are allocating as many as five of our pavilions for exhibition and additional space for a caravanning rally, which is a very important part of the fair "- said Filip Bittner, vice president of the board of Grupa MTP.

The exhibition is going to be record-breaking, because the exhibitors will have at their disposal almost 40,000 m2 of space , but that's not all, because the organizers also plan to expand the caravanning rally to over 220 crews and further development of the Retro and Vanlife Zone.

“This year, we have as many as 5 of our pavilions and we are on the way to fill all of them with the exhibition of our exhibitors. There is still a lot of time to the fair and we can already boast about booking more than 2/3 of this space and we still receive inquiries from new entities. Importantly, many exhibitors are increasing their space compared to previous years, and this will certainly translate into the number of vehicles on display, as well as the attractiveness of these stands and the freedom of sightseeing for our guests. Impressive stands known from fairs in Germany or Norway will now be presented in Poland. " - emphasizes Miłosz Jankowiak, director of Caravans Salon Poland

There is still a lot of time until the October fair and Caravans Salon can boast of a large number of confirmed or declared exhibitors, among whom there are many of the most significant players on our market. Importantly, many of the companies declared their exclusive participation in the fair in Poznań, giving up other autumn events. Today on the list we can find companies such as: ACK Benimar, CarGO, Centrum Campingowe, Wavecamper, Elcamp, ProCamp, Camel Camp, MTM, XCamp or the big producers themselves, such as Rapido, Pilote and Hobby. The organizers emphasize that there are many inquiries about the space and the exhibition is largely pre-planned and booked.

A bigger rally, special zones and new possibilities of the fair infrastructure 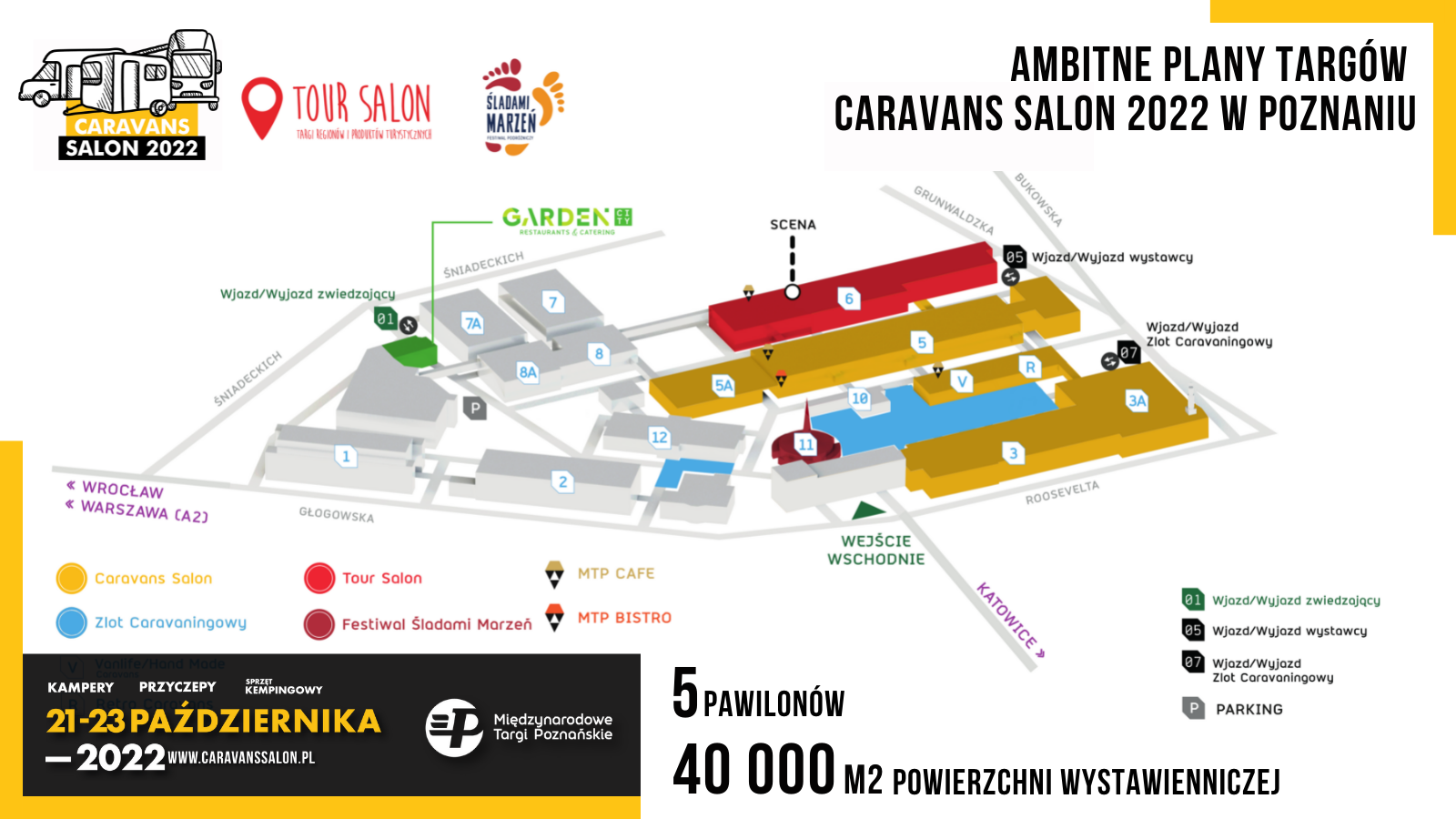 The caravanning rally, which is always the "apple of the eye" of the organizers, also gains new opportunities this year. The construction of a 3-level underground car park and a new event plan located above the car park will soon be completed on the premises of MTP. This will allow the reception of over 500 passenger cars of exhibitors and visitors and will free up additional space for rally lots around the exhibition pavilions.

“Thanks to the new parking lot and the square above it, we gain additional space for the organization of the rally. Until now, we could not afford to host more than 170 teams, now we are planning a place for 220 and with favorable conditions we will try to increase the rally to the optimal number of 250 teams for us. Our rally this year will also gain its own graphic design and the name Przystanek_Targi. The first pool of lots for the rally will go on sale right after the picnic - announces Michał Dublaga, responsible for PR and Marketing of the event

The organizers do not forget about the special zones, which in previous editions enjoyed great interest. The Retro and Vanlife / Hand Made motorhome zones will be further developed and more vehicles and visitors will also appear here.

“Caravanning is not only about new vehicles and accessories, but also the vanlife movement and a rich history. We do not forget about it and we try to develop our special zones so that visitors have at their disposal not only a full cross-section of the market offer, but also the opportunity to meet iconic, vintage vehicles in the Retro Zone and meet people who have associated their lives with a journey in the spirit of Vanlife and which they follow on a daily basis in social media. The first guests have already confirmed their participation to us, adds Michał Dublaga

The above-mentioned 5 pavilions with motorhomes and almost 40,000 m2 are not all that can be seen as part of the Caravans Salon ticket! Once again, together with the caravanning fair, the Tour Salon will also be held, the tourism and region fair, which also promises to be a larger event than last year. The second event included in the ticket to the fair will also be the 10th edition of the Traces of Dreams Travel Festival, i.e. meetings and lectures by travelers and explorers.

Taking this into account, as many as 7 pavilions filled with attractions, inspirations and offers will be waiting for the visitors of the fair, on October 21-23.

Tickets for the fair can be found here: https://bit.ly/Bilety_CSP2022

More information about the event: https://bit.ly/Caravans_Salon_Poland_2021_info

How to efficiently set up a tent?

Camping in the mountains can be a much more enjoyable and exciting experience than staying in a five-star hotel, but only if you take care of the proper preparation and proper pitching of the tent. Read the practical tips that will make you sure that you will feel comfortable and safe during your trip and that you will not be exposed to any unpleasant surprises.
News
Link copied to clipboard

Caravanning festival in Poznań, i.e. Caravans Salon Poland, only on October 21-23, but today it is worth considering buying tickets at a favorable price. The offer of the pass for the entire event stands out in particular, thanks to which it will gain not only our wallet, but also the opportunity to participate in all attractions and elements of Caravans Salon, which promise to be impressive. It is worth adding that the current ticket prices are valid until July 3.
Tips
Link copied to clipboard